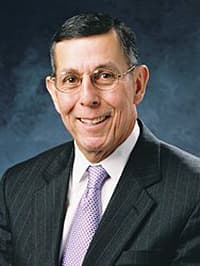 Dr. Saavedra’s retirement was the culmination of 40 years as an educator in the public schools of Houston and Corpus Christi serving as a classroom teacher, assistant principal, principal, director, assistant superintendent, associate superintendent, deputy superintendent and superintendent of schools. During his tenure in Corpus Christi as superintendent of schools, the district received state and national recognition for its “Real World Academic Standards” in all grade levels. While superintendent of schools in Houston, HISD developed and implemented the largest pay for performance program in the country. To date, HISD has awarded over $100 million in performance pay to its teachers and campus-based administrators. During this period of time, the district was recognized for its work in developing a value-added data program to measure the performance of students and teachers. As a result, the academic performance in the schools increased dramatically. The number of Exemplary schools increased from 6 in 2005 to 84 in 2009, an increase of 1400%. In 2005 only about 38 schools, or less than 1/5 of the total schools, had earned the state accountability rating of Exemplary or Recognized. By 2009, 205 schools or about 3/4 of all schools were either Exemplary or Recognized. During this time, there was also a substantial closure of the achievement gap by minority students and children of poverty.

Dr. Saavedra continues his involvement in education by working as a consultant/contractor with District Management Group, the Broad Foundation, the National Center for Education Statistics (NCES), and many others. In addition to his extensive consulting work, Dr. Saavedra also serves on a half time basis as a Clinical Professor on the faculty of the Department of Educational Administration and Human Resources Development at Texas A&M University, College Station.

Dr. Saavedra holds Bachelor of Science and Master of Science degrees from Texas A&M University in Kingsville, Texas and a Doctorate in School Administration from the University of Michigan. Dr. Saavedra and his wife Myrna reside in San Antonio, Texas.

Meet our team of experts committed to improving public education.